Well, mobile brands are the brands most of people are curious and conscious about these days. We have seen many new comers in the market surfacing up from last few years and they have given quite a competition to the established brands like Apple and Samsung. In this article we will talk about USA famous mobile brands; basically what is famous in USA is famous across the world. So that is why we are going to talk about famous mobile brands of World. 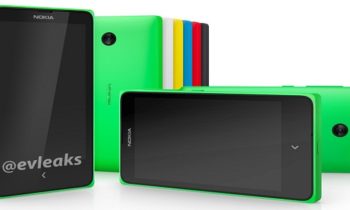 We couldn’t resist to place Apple at first position and that is because of obvious reasons. No one has ever reached the popularity of Apple products in USA so far. Many people have developed their trust with Apple and they are just not comfortable with any other brand. Still, I would not hesitate to say that Apple seriously need to bring game changers in the field or it will also become another BlackBerry of mobile world.

If we talk about number of sales, then no one can reach near Samsung, though Huawei has made more sales than Samsung Globally. With Samsung S6 and S6 edge they have grown dramatically and now with Samsung S7 in the market, people of USA are really looking warmly towards Samsung.

After Microsoft has acquired Nokia Devices and Services, they have grown and with newer Lumia 950 and Lumia 950XL they have made quite an entrance in the market and they lower end devices are where they are earning their reputation. With their continuum; they are trying to build the future of mobile world. They have their headquarters in Finland.

Hauwei was founded in 1987 and with current scenario it has surpassed Xiaomi in the mobile world. In alone 2014 their shipment of phones grew by 21%. Their honor series has successfully established itself as remarkable brand in South Asia, especially India and Pakistan. Their other brands are also doing great in Middle East. In late December f 2015, Huawei has revealed that they have surpassed not only Xiaomi but also Lenovo in market and they have reached 100 million smartphones sales in 2015. They have launched several high end devices which has contributed towards their success. Some of their metal devices includes: P8, G8, Mate S and Mate 8. Moreover, their partnership with Google to launch Nexus 6P was a huge success and a big step forward. Now 2016 would be a greater year of success for Huawei without any doubt.
So guys this was our article on USA famous mobile brands . We might have missed quite a few brands like Sony, ZTE, and LG. But, we have mentioned the best brands and I think no one can disagree here.

Top 10 smartphone manufacturers Smartphones are just not phones these days but rather they are a smart computer and are capable of bein...

END_OF_DOCUMENT_TOKEN_TO_BE_REPLACED

Top 10 Best Mobile Phones Today we have brought to you the top 10 best mobile phone brands in the world. We have gathered our data from...

END_OF_DOCUMENT_TOKEN_TO_BE_REPLACED

Create an Account
Start typing to see products you are looking for.
Shop
Sidebar
Wishlist
0 items Cart
My account
WhatsApp us